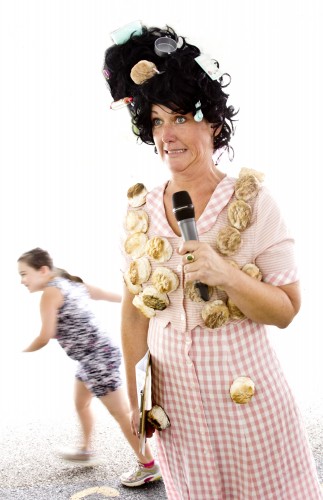 This pretty much sums it up. What a fun and inspiration-packed four days spent in Knoxville last week. First there was the Wednesday night Alton Brown show in the lavishly restored historic Tennessee theatre. He took us on a witty, sciency quest to re-create his grandmother’s southern biscuits. Then there was the first annual Southern Food Writer’s conference created by John Craig, Dawn Coppock and friends (John’s the Biscuit Boss/organizer of the Biscuit festival). What a truly talented collection of food writers, publishers, bloggers, journalists they collected for this event. I had the great pleasure of presenting a session with Jodi Rhoden about collecting recipes and old-time advice from the southern women in our lives. Then there was the (included with the conference, mind you) dinner at Blackberry farm. Over the top elegant/farmy…. how about a soup of poached trout swimming in a clear smoked local buttermilk broth topped with fresh-plucked watercress? Geez! 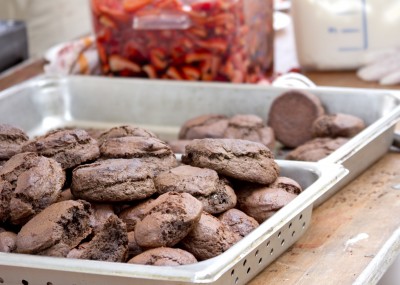 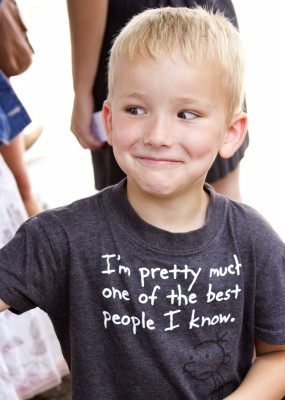 The streets were filled with thousands of happy biscuit eaters. 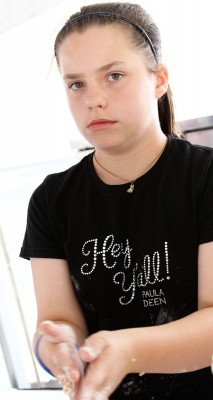 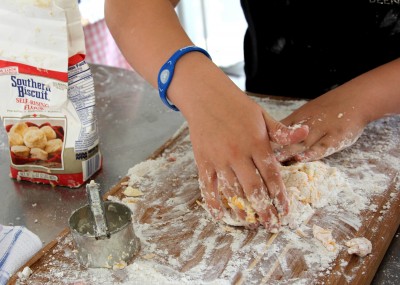 I got to be one of the four judges for the student category.

These three gals could  turn out a biscuit! Here’s Kaylee Case making her winning heirloom Mammie’s Hammie biscuits.  She served them in her grandmother’s broken-handled iron skillet. 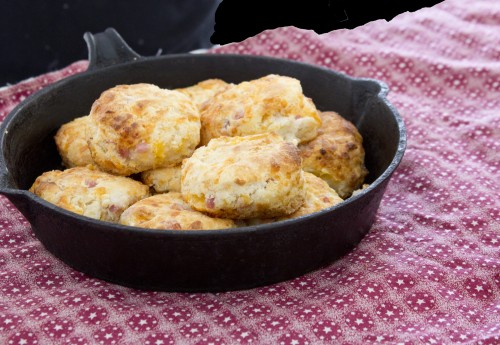 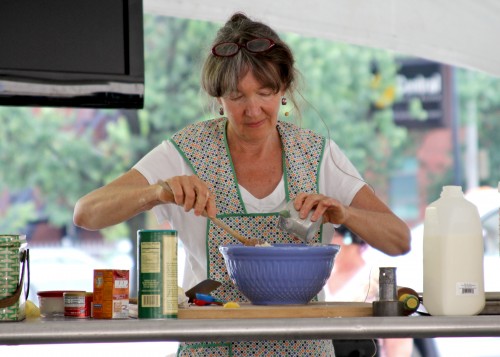 And, finally, I demo’d local ingredient southern mountain biscuits. Which would have been great if they weren’t the worst things I ever put in my mouth. Ever. See those glasses on top of my head? Well I was tired by then. Evidently I was too tired to put them on my eyes so I could see what I was doing. Too much leavening and not enough salt, baked in a hot convection oven made for bitter, insipid, glunky biscuits. When I saw a daschaund chewing on one, I knew I was in trouble. After sampling from the tray I was serving from, I ran to save the dern dog’s life! (And promptly threw the rest of them in the trash.) Lesson learned: taste before you share! I would offer up my biscuit recipe but I don’t think I dare! Besides that, I am over-biscuited. How about some kale?